Australian Economy Poised to Race Ahead

As the curtains are drawn on a tumultuous 2020, Australia stands out as a small elite of countries that has handled both the pandemic and its economic fallouts impressively. The confluence of firm leadership, nation-state capability, social cohesion and public culture ushered Australia into the post-pandemic cycle faster than many other envious countries. An earlier emergence from containment measures, in addition to the speed and scale (Figure 1) of the government’s fiscal response have laid the foundation for economic outperformance going forward. Forecasts from Oxford Economics place Australia on a firmer recovery trajectory over the next five years (Figure 2).

It is important to note that more than just being an economic barometer, people feel the pulse of the economy through the jobs market rather than GDP. On this front, the labour market has proven to be much more resilient than historical data would suggest (Figure 3). Where unemployment rate (inverted) used to track domestic demand closely, the government’s aggressive policy response – a cocktail of unprecedented fiscal spending and record-low interest rates – proved effective in stemming the shedding of jobs. This prompted the RBA (Royal Bank of Australia) and J.P. Morgan (Figure 4) to significantly revise their unemployment rate forecasts to reflect a markedly shallower peak. Hearteningly, latest 3Q data showed gross operating surplus or business profits rose again, up 3.9% to be a staggering 18.2% higher than a year ago.

What About the China – Australia Tensions?

Just this past week, Nomura joined the chorus to upgrade Australia’s growth forecast. Yet all this growing optimism stands seemingly in contrast to tension that continues to seethe between Australia and China, its largest export destination. With China levelling trade barriers at an increasing range of Australian exports – beef, barley, seafood, wine etc. – the improved forecasts by economists appear counter-intuitive.

As Figure 5 shows, the overall health of Australian exports has been buoyed by China’s addiction to iron ore. To date, the total value of exports impacted by China’s restrictions accounts for just 0.3% of Australia’s GDP. Where exports of other goods to China have fallen off, iron ore exports have plugged the gap. Importantly, China’s V-shaped recovery riding on huge infrastructural projects and the inelasticity of global iron ore supply mean they will remain dependent on Australian iron ore. For the foreseeable future, Australia is expected to continue running a healthy, albeit uneven, trade surplus – explaining at least in part, Canberra’s defiance against their largest trade partner.

The investment case for Brisbane starts with it being the capital city of Queensland. While COVID-19 has roiled economies globally and growth has deteriorated sharply, Queensland has arguably escaped relatively unscathed, thanks to its resilient economic structure (Figure 6). While we do not expect clear blue skies ahead, especially within the near term, Queensland has a much smaller hole to dig itself out of, metaphorically speaking. We anticipate the revival of the state’s vital signs to stage an earlier rebound once impact from the cyclical economic drivers transmit through. Already, recent release of 3Q data shows the state coming off the blocks ahead of other Australian states except New South Wales (Figure 7).

Looking ahead, we see a convergence of cyclical and structural factors that will drive the recovery trajectory of Queensland and Brisbane further.

As the capital city of a mining state, Brisbane benefits from:

Unsurprisingly, tourism has been amongst the most adversely impacted sector through the pandemic. This has been a uniform theme globally and Australia is no different, as can be seen from the drop off in payroll (Figure 9). Where Queensland stands out, is the state’s huge proportion of domestic visitors, accounting for 90.6% of total visitors (Figure 10). We expect national border restrictions to be amongst the last measures to be lifted and a meaningful proportion of the c.AUD 50 billion (in 2019) usually consumed offshore on international trips to be redeployed domestically. With its relatively less reliance on international tourism, Queensland is well-positioned to receive a significant boost where households substitute domestic holidays for international travel.

Even during normal times without a pandemic, the development of economic enabling infrastructure has demonstrated time and again to be a huge boon for local growth. In the post-pandemic era, we believe such economic dividends would be more impactful than before. On this note, the Queensland Government’s Economic Recovery Plan – built on the foundation of a AUD 51.8 billion infrastructure program – provides a strong starting point.

Of the entire infrastructural ticket size, around 40% of all funded work in the pipeline is focused in South-East Queensland with Brisbane expected to see the highest levels of work over the next few years. This is a highly credible infrastructure and development pipeline with funding for 99% of these projects already in place.

Australia’s third largest city held the official launch of the AUD 1.1 billion second runway at the Brisbane International Airport in July this year, signalling a vote of confidence in Queensland’s future even as passenger services were almost completely absent due to COVID-19 restrictions. Looking ahead, Brisbane’s skyline is shaping up to look very different in a span of a few years.

A spate of major, multi-billion developments including the game-changing cross river rail, Brisbane Metro project, Queen’s Wharf lifestyle and entertainment precinct, major waterfront development at Eagle Street Pier, Griffith University’s vertical campus at Roma Street Station, 17,000-seat entertainment venue pegged for Brisbane Live arena etc. are expected to dramatically transform the areas in and around Brisbane’s CBD. More than just a short-term economic stimulus, these mega-developments add to Brisbane’s value-proposition for businesses and will sharpen the city’s competitiveness over a much longer horizon. 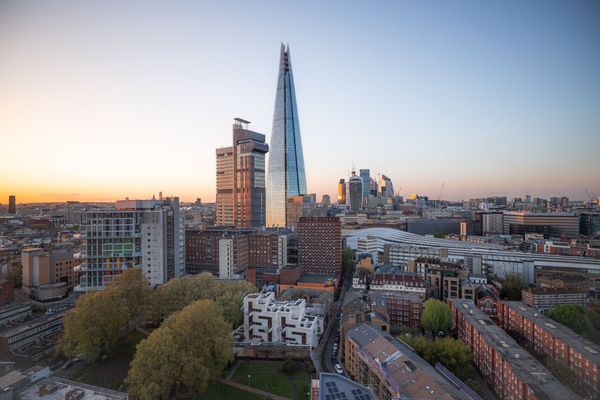 Read up on past Vantage Points to find out the hottest news during the period of Q2 2022. 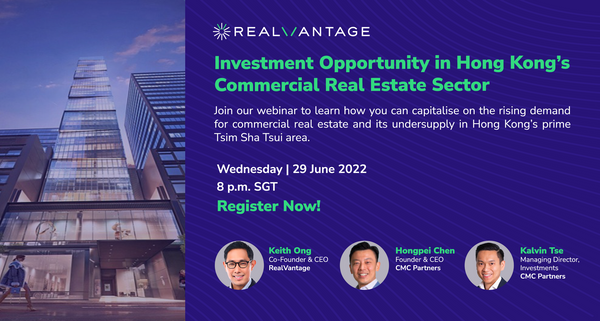 Join our webinar to learn how you can capitalise on the rising demand for commercial real estate and its undersupply in Hong Kong’s prime Tsim Sha Tsui area. 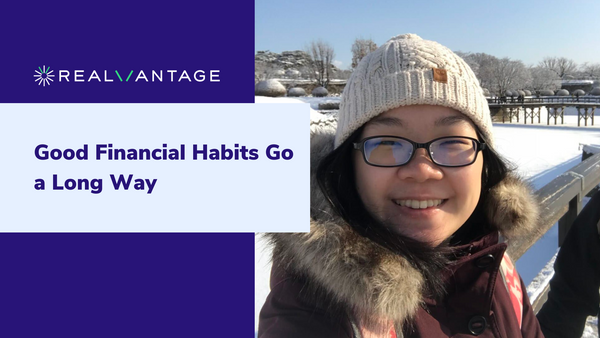 Financial independence has always been key to our investor, Joyce Lee, who started saving and investing from a tender age. Find out how these good financial habits have benefited her and shaped her perspectives on investing.